A reader of Metric Views has drawn our attention to a paragraph in the DfT Traffic Signs Manual that allows distances shown as ‘yards’ on some traffic signs to be measured in metres. We wonder if this idea on interchangeability has spread beyond the DfT.

END_OF_DOCUMENT_TOKEN_TO_BE_REPLACED

The Sunday Telegraph and the Daily Mail have followed the far-right British National Party in drawing attention to the case of a market trader in Dalston, East London, who prefers to sell fruit and veg by the bowl (see previous posting in Metric Views). This may come as no surprise to some readers, but we wonder where it is leading.

END_OF_DOCUMENT_TOKEN_TO_BE_REPLACED

The following news release was issued by UKMA at 02:00 on 18 January:

The general public would be well advised to avoid buying from traders who use illegal scales that only weigh in pounds and ounces – so says the UK Metric Association (UKMA). Imperial-only scales have not been checked by Trading Standards Officers for over eight years, and it is quite possible that they are no longer accurate. There is therefore a significant chance that when you buy from shop or market stall that uses illegal scales you will get less than you are paying for.

Responding to reports that a market stall-holder in Hackney is being prosecuted on Friday, 18 January for Weights and Measures offences, UKMA Chairman, Robin Paice, said; “Obviously, I can’t comment on this particular case as we don’t know the full facts. However, the publicity surrounding the case suggests that, like the so-called ‘metric martyrs’ in Sunderland and elsewhere, this is really a political stunt. People are entitled to campaign to change the law, but they are not entitled to break laws just because they disagree with them. They don’t deserve any sympathy.”

Since 2000, UK law has required that all shops and markets in the UK must weigh and measure at the point of sale (checkout) in grams and kilograms. Traders’ scales are periodically tested by Trading Standards Officers (TSOs) to ensure they are accurate. However, traders can still give an equivalent price in pounds and ounces if they wish. Customers can also order in pounds and ounces if they wish, and the shopkeeper or trader simply has to weigh out an equivalent amount in grams and kilograms.

Originally, it was intended that the option to show equivalent imperial prices would be phased out after 2009, but the European Commission has now proposed that this option should be retained indefinitely. However, increasingly, supermarkets are dropping the imperial equivalents, and customers are ordering at the deli counter in grams rather than obsolete ounces.

Unfortunately, egged on by populist, Eurosceptic politicians, some traders decided in 2000 to try to defy the law and continue weighing in pounds and ounces. The so-called “metric martyrs” (more accurately, they were “imperial luddites”) were found guilty of various offences under the Weights and Measures Act and fined. All their appeals to the UK courts and even the European Court of Human Rights were rejected in 2001/2.

The current issue in Hackney appears to be an attempt to re-run the same political stunt. It is unlikely to work, as it is now obvious that the law is home-grown UK law and not dictated by Brussels. People are getting rather bored by the antics of fringe politicians seeking bogus martyrdom.

UKMA Chairman, Robin Paice added:
“The purpose of the UK law is to ensure that consumers can compare goods in the supermarket and the street market on the same basis, using the same measurement units. How can you compare tomatoes at £2.09 per kilogram in the supermarket with tomatoes at 99p per pound in the market – unless you know the conversion factors and have a pocket calculator with you? It is fundamental to consumer protection that every body uses the same measurement units.

My advice to shoppers is this:

Every country needs a single system of weights and measures that everybody understands and uses for all purposes. Nobody needs two systems.”

(a) The UK Metric Association (UKMA) is an independent, non-party political, single issue organisation which advocates the full adoption of the international metric system (“Système International” – SI) for all official, trade, legal, contractual and other purposes in the United Kingdom as soon as practicable. UKMA is financed entirely by membership subscriptions and personal donations.

(c) The following are available for interviews:

The US web site METRICation US has an amusing story about a speeding Irish driver whose fine was reduced when he convinced the Judge that his speed in km/h sounded higher than it was.

The full story is to be found at: http://www.metrication.us/content/crazy-judge

With the slow transition to metric in the UK, a lot of myths have emerged regarding metric and imperial. With a New Year it is an appropriate time to examine some of these myths starting with the claim that imperial feet are ‘natural’ units. 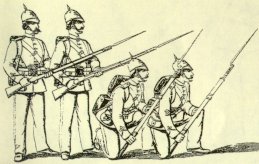 Despite the end of the British Empire and the demise of the pith helmet, quite a few British people are nostalgic about imperial units. However, many people are not really proficient in using them and often are ignorant about their history and usage. For example many people do not know how many yards are in a mile. When the Times carried out a straw poll in early 2006 answers given for yards in a mile ranged from 52 to 10 000. The vast majority of people – even elderly – cannot explain how an acre is defined.

It has been often claimed in the British news media and by imperial supporters that imperial units are ‘natural’. Yet no evidence is offered to support this. What part of the body weighs a pound? What volume naturally corresponds to a pint? Maybe the obvious example is to say that the imperial foot is a “natural unit”.

However, a little thought shows that this is an empty claim. A unit needs to have a standard size otherwise there would be complete chaos. Human feet are not a standard size and so there is no natural size for the unit. The fact that human feet vary led to many different standard feet in Europe in the past; a key reason why an international system (metric) was needed.

In fact very few people have feet that are as large as the imperial foot; you would need a British “shoe size 12 ½” foot! The vast majority of people have smaller feet (the photo above shows 3 people measuring their feet against a scale in inches). The average human foot is 24 cm versus 30.48 cm for the imperial foot. If an imperial foot is “natural” then by implication most people have unnaturally small feet! If in doubt try measuring your own feet and those of your friends and family.

A much stronger argument is that decimal numbers are “natural” since all able bodied people have ten digits. It is nonsensical to justify keeping imperial on the basis that the units are “natural”; parts of the body are non-standard and so quite unsuitable as the basis of modern measures. Far better to use the accurately-determined and easy-to-use metric units.